If you watched any TV in the early 2000’s and enjoy sarcasm, you may have been a fan of Larry David’s “Curb Your Enthusiasm.” And likely you’ll remember the famous “Anonymous” episode during which Larry sponsors a wing of a museum with his name “up in lights”, only to be one-upped by Ted Danson who sponsors another wing as “anonymous.” Danson’s assumption is that it’s far more honorable to give an unnamed donation. Clearly he’s not in it for the fame. Of course he secretly claims his donation behind-the-scenes, avoiding the whole premise and taking a gain from both sides.

So what does this have to do with wine? The smaller, the less showy and the more reserved…. The Better. This seems to be the motto of wine lists at the most trendy restaurants in New York. And while I’m delighted to see small producers gaining spots on top wine lists, the issue is if we don’t see a single recognizable brand or region, the ordering process becomes very difficult. While the Sommelier pats his/her back for their obscure selections… the diner is left in the dust.

I know what you’re going to say. “But that’s the whole purpose of the Sommelier! To help guide and navigate you through the wine list!” Well sometimes I am in the mood for exploration and risk-taking (Blaufrankisch? Yes! Orange wine? OK! Spatburgunder? Bonarda? Why not!), other moments we want something familiar. For me it may be when I’ve gotten a babysitter and my husband and I are treating ourselves to a precious two hours out to eat. In those moments, and particularly with the way New York restaurant wine list prices can be, we want to see some things we know we will like and order quickly. Not every evening can be an exploratory one. That’s not to say I’m not open minded… but there is a time and a place.

I’ve been running into this issue often. Grape Collective had a piece on it and even on our most recent podcast we interviewed a New York Sommelier who echoed my observation.
He brags on the episode about how they don’t have any Cabernet Sauvignon on the menu right now. Really? No Cabernet? According to the latest SVB 2016 State of the Wine Industry report (not that this is news), Cabernet Sauvignon is still far and away THE MOST POPULAR VARIETAL . Who is the restaurant helping by not serving any Cabernet? Methinks the sommelier’s ego is stroked and meanwhile the customer isn’t getting what we want. Much as we want consumers to try new varietals, I don’t believe forcing them is the way to make it happen.

I support people trusting their palate and drinking whatever they like no matter how generic a sommelier may find it. I’m concerned that as we try to push smaller, more obscure wines we will intimidate customers into cocktails instead.

Have you ever encountered this situation when out to eat? I’d love to know if this is happening outside of New York. Leave a comment and share with us!

BYOB has never been more appealing

P.S. You can always browse Cabernet here at Wine Express. I promise we won’t abandon it 😉 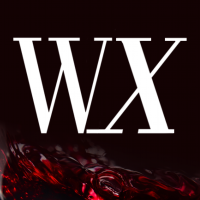 Incoming: Rare Under $15 By The Case Willamette Pinot Best-Seller Is Back!   Tomorrow: Nearly 40% Off By the Case Chalk Hill Red – Only 20 Barrels Produced!